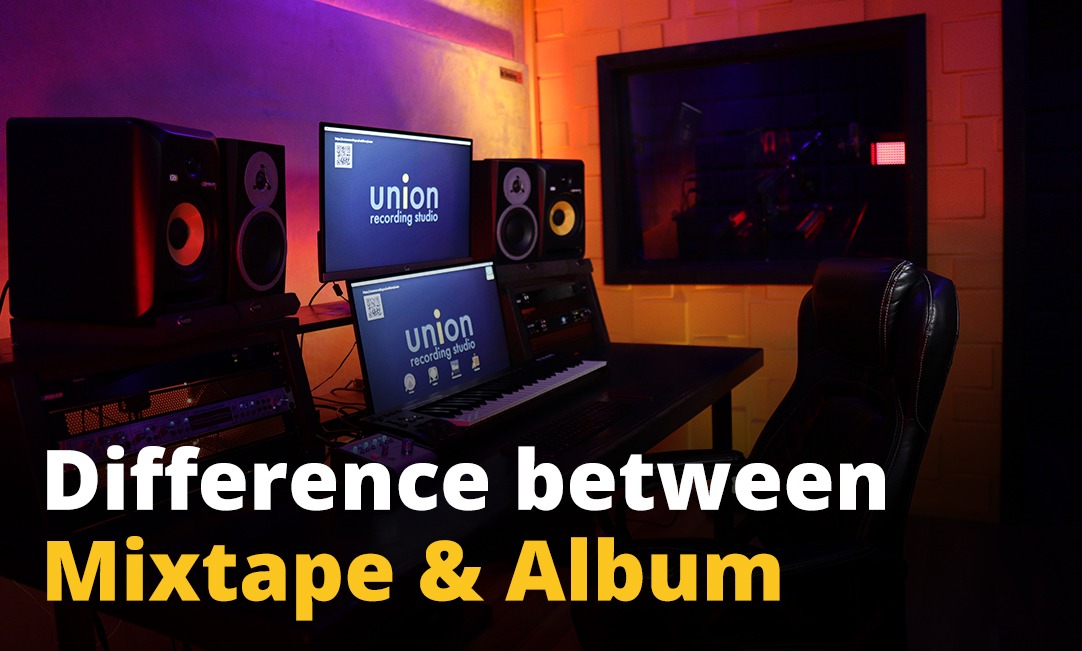 The terms "mixtape" and "album" are frequently misused and mixed up. They have long been employed in the music industry for various situations. An album is a higher-quality, structured collection of songs than a mixtape, which is simply a collection of songs.

The meanings of the terms have shifted and changed slightly over time, and their differences have been smoothed out. However, some differences remain, and they indicate different projects.

Let's delve deeper into the stories and meanings of mixtapes and albums to better understand how people talk about them.

What do you mean by Mixtape?

A mixtape is a collection of original or cover songs, usually without structure or a theme. Mixtapes are frequently free or inexpensive and are primarily used for rapping by hip-hop artists. Artists used them as underground albums to demonstrate their abilities, build a fan base, and/or please their fans.

Mixtapes first appeared in the United States in the 1960s. The first mixtapes were compilations of hit songs from a specific year, month, or period. They were sold both in gas stations and on the black market. Mixtapes quickly became one of the most popular party gifts.

As the name implies, the first mixes were in tape format, which means audio cassette format. Later, the format was changed to CDs, but the name remained the same. Mixtapes are mostly in MP3 or online streaming formats now that the CD era is over.

Mixtapes typically contain only one track with multiple songs - there are no transitions or breaks between the pieces.

Mixtapes were initially created to help promote commercial songs, but they were later used by artists to showcase their skills, build a fan base, and express themselves without commercial constraints and concerns.

They are primarily used by hip-hop artists because they allow them to express themselves more freely in mixtapes. Mixtapes have been described as a type of demo album for some artists. Hip-hop artists use the mixtape format to share their original songs as well as to rap on or remix songs from other artists.

Listeners in the 1970s, 1980s, and 1990s used mixtapes to create a playlist of their favourite songs to listen to in the house, car, at parties, or anywhere. It was common to make a mixtape of your or someone else's favourite songs and give it to them as a gift.

In short, a mixtape is a collection of original and/or unoriginal songs with no specific structure or theme for various purposes.

What do you mean by an Album?

An album is a professionally produced musical recording that is available on CD, vinyl, or digital format. Albums typically tell a story through songs that have a specific theme and structure. They are frequently polished works produced with record labels to monetize the songs directly.

Albums are probably familiar to everyone because they are the most common format in which artists release their work. Albums are collections of works by a single composer or a group of composers.

The collection must contain at least two tracks to be considered albums. Artists can include as many pieces as they want in their albums, but the average album contains 7 to 15 songs. Each track is separated by about 2 seconds of silence.

Studio albums and live albums are the two most common types of albums. Studio albums are collections of original songs produced and recorded in studios using various techniques. Live albums, on the other hand, are typically live performance recordings of songs from studio albums.

Albums were traditionally released on vinyl from the 1950s to the 1980s. Later, in the 1980s, CDs became popular, and the first album on a CD, Billy Joel's "52nd Street," was released in 1982. As digital formats and online streaming services became more popular after the 2010s, the CD format began to fade.

Albums typically have a structure and a high level of detail. They primarily feature songs from the same or similar genres, with little variation. There may be different songs with different emotions, but they all share a common ground of structure, theme, genre, and/or story.

Many people contribute to the creation of an album, including musicians, record labels, arrangers, producers, sound engineers, managers, and so on.

Albums are more professional, serious, and polished original songs. They are compiled together following a definite structure, theme, or story to monetize the music. Albums are the most common way for artists to share their work.

·         An album is a collection of structured songs that tell a story, whereas mixtapes are collections of random songs.

·         An album contains original tracks by an artist or group of artists, whereas a mixtape may have unoriginal songs, covers, or instrumentals.

·         A mixtape is a spontaneous, fun, and random work, whereas an album is a serious and polished work made with great attention to detail.

·         An album is composed to release for radio and various platforms for monetizing the music, whereas mixtapes do not have singles or songs for commercial platforms.

·         An album is the most professional and important medium for releasing music, whereas mixtapes are frequently regarded as a precursor to an album.

·         Albums must typically be released through record labels, whereas mixtapes are free.

·         Albums are more expensive, whereas mixtapes are free or nearly free.

Thus, having gone through the blog, you must have got a clear idea of what is a mix tape and an album. Since these two are different in form and structure and serve differently, you can go for any of these and pave your way for a successful career in the music industry.

UNION Recording Studio, the professional recording studio, is a one-stop shop for all your professional recording needs. We provide a private working space for musicians and artists to concentrate on their artistic and creative processes. Our recording and listening spaces have the most precise acoustic characteristics and wounds. There is an impressive selection of High-End Equipment in the Studio.

For any queries, feel free to connect with us.