How to arrange a cover song in 10 easy steps 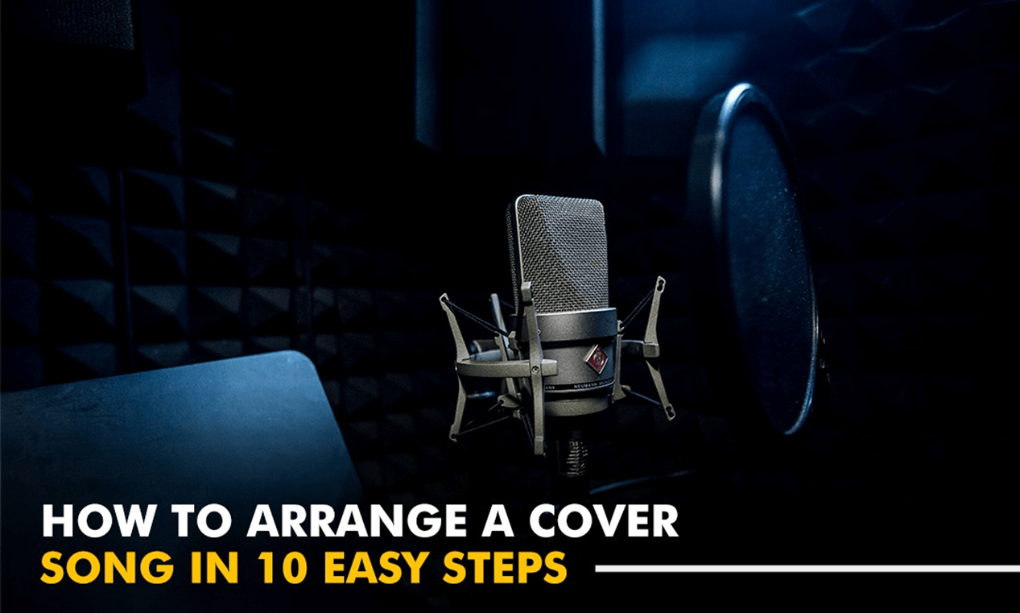 A cover song is on your mind, but you want it to be outstanding. Union recording studio, Los Angeles provides you ten simple tips for arranging and recording your cover song in a recording studio. When a singer has a fantastic voice or offers a new perspective on a well-known song, cover songs are extremely popular on YouTube. Because it helps them attract new followers, indie artists have covered so many popular songs.

However, choosing music is one of the most crucial steps in this procedure. Choosing something you enjoy should go without saying. If you're adding vocals, be sure that the music falls within your vocal range. If you're using Spotify or YouTube, play the song a few times in the original key center. It may not be the choice if your lows are sour or your highs are stinging. Use different tempos when recording cover songs for an ep in a recording studio. Keep your listeners interested throughout the entire set of songs by incorporating this technique.

It's also important to consider what instruments go well with the song you've chosen. You'll want to analyze how the song's chord structure and lyrics will be affected by the song's tempo and genre.

Instrumental alterations can be pretty minor. Changes in instrumentation, such as from synthesizer to saxophone or from bongos to drum machines, can dramatically alter the atmosphere of a track. Adding a violin or cello to the bridge of your song will lend an added touch of heartbreak.

This concept comes from my days in concert band and orchestra in high school. Accordant to the pyramid of sound, bass should be the loudest, followed by middle and highs.

However, it can be used in virtually any genre. D&b, for example, is built on the pyramid of sound in its whole. While listening to music, have you ever noticed that low tones are loudest, while other accents and high sections are merely extras?

4.    The addition of interest through ornamentation

We've already discussed the possibility of modifying the instrumentation at the basic. Once this is done, you should start thinking about how you're going to decorate your musical cake with icing roses. Add harmony where there was none before.

Start with finding a good recording studio and record your cover song with a voiceover and apply a lo-fi filter. It bears repeating: make it your own. Add sounds from ordinary life, such as a car starting or a telephone ringing, to create an Olivia Rodrigo-style piece.

When we record, we tend to become worked up. I know I do, at least. Our first reaction is "Oh no, I have to turn on this loud click track, put on these large headphones, and make everything perfect." what if you had access to a professional recording studio where you could practice?

A minimum of three final takes is something necessary. A new section can be clipped and pasted in if something is off during the mixing process, or I can attempt modifying a different piece.

If you have the option, don't record all of your final takes in one session. Many musicians are impatient and want to hear the final result as soon as possible, and they sacrifice the quality.

Break up the song into segments, so be sure to record them on separate tracks.

Now is the time to put the sound pyramid into action. There are, however, a few more points we must keep in mind. Hire a professional recording studio for mixing.

Newcomers often overlook compression. It is possible to utilize two types of compression on a single track. As a result of serial compression, your mix will have a smoother, more natural-sounding quality. Take note of your gain reduction meter as well.

There's a reverb pandemic going on. Other musicians apply a filter to whatever they produce. Once again, we're looking at a recipe for disaster. After a while, your voice will become almost unrecognizable, and your consonants will disappear from your speech.

Don't be afraid to mix effects. The audience is seeing your unique and particular sound pallet.

10. Assembling the product at the final stage

Run the final product through the loudest speakers you have. You'll probably go back and mix and mix and mix some more until you're satisfied. Why not share with ten of your friends?