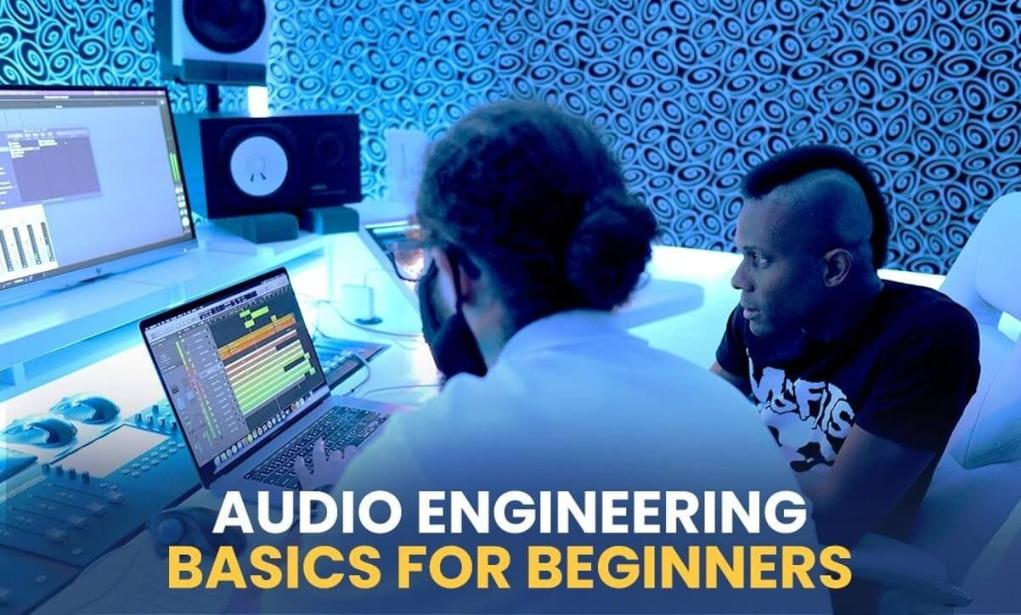 The fundamentals of song production are audio engineering. This article discusses the principles of Audio and their significance in music production.

What is Audio engineering?

The technique of modifying and reproducing Audio is known as audio engineering. The Audio has been engineered in some fashion, whether it's for a music video, a sports broadcast, or Jay-Z laying down a new track in the studio. All professional recording studios in Los Angeles hire expert Audio engineers. Although there are distinctions between engineering live Audio and studio Audio, the following tools are essential in audio engineering.

The mixing console works in the same way that your brain does, routing messages to the rest of your body. Everything in your audio toolbox is managed and routed through this interface. Consider it an electronic funnel that combines various impulses into a single route. Each transmission is assigned to a different channel. Individual channels can be tweaked and then combined to produce a unique Audio. In a recording studio in Los Angeles, you can see all the mixing consoles used at their best.

An equalizer is a device that alters or corrects individual frequencies. It is to muffle or soften certain noises. The audio signal is boosted or weakened by adjusting a specific frequency up or down. For instance, you can vary the balance of Audio coming from your stereo by adjusting the treble or bass. It has to be of the best quality for optimal effect. Union recording studio in Los Angeles knows it well and keeps it updated as per technology.

It's critical to understand how audio engineering's electrical components interact. Particularly in the case of amplifiers and speakers. Impedance is the first word that comes to mind. Impedance is a unit of measurement for electrical resistance that is expressed in ohms. You've probably seen the upside-down horseshoe-looking sign for an ohm –. The most crucial aspect of impedance is that your speakers and amplifier must have the same ohm rating which you can find only in a reputed recording studio in Los Angeles.

Putting it all together – MIXING AND MASTERING

In audio engineering, there's a lot more to learn than simply the equipment. The genuine magic happens in the second and third stages of the procedure. Mixing and mastering are the final steps in the recording process. Mixing is the process of combining the Audios of many instruments, singers, and recordings to create a functional "mix." Piece by piece, the mixing stage is similar to putting together an audio jigsaw puzzle. Before the "mix" is finished, equalizing and other effects are used by the recording studio in Los Angeles to arrive at the final output.

The fine-tuning – of the fine-tuning of that puzzle – is the mastery stage. It's the process of taking a mix and turning it into a finished product to play on any system - radio, television, phone, and so on. The amount of effort required during the mastering process is determined by a variety of factors and can range from minimal to extensive. However, audio engineering requires both mixing and mastering.

Role of a Audio engineer in a recording studio.

●        When you think of an audio producer, you might picture a slick producer on one side of a studio glass with a famous musician on the other.

●        However, an audio recording engineer's job entails much more than sitting in a studio with an artist and clicking the record button.

●        An audio engineer is responsible for ensuring that songs and albums have clean Audios that will captivate listeners.

●        From a technical and musical standpoint, these engineers will listen to the audio.

●        These engineers' backbone is audio, and they must understand everything going on in the studio.

Today, art needs the synergy of science to make it more appealing. As an artist, you shall always give your song in the best hands to make it technically superb. A professional recording studio in Los Angeles, like Union Recording Studio, offers you the best Audio engineers. Union recording studio in Los Angeles helps you reach the hearts of your audience.